Well, I've made it. It's been exactly one year since I sat in front of the consultant and she pointed to the mammogram on her screen and said 'this bit here - this is what they think is cancer.' I can remember my response quite clearly:

When I went to the hospital that morning I honestly did not believe that I would receive a cancer diagnosis. That's something that happens to other people, right? I trotted in to the breast clinic relatively carefree. Well, with the words of two GPs who I had seen previously echoing in my head - 'your age and lack of family history mean it's nothing to worry about'. I learnt the hard way that sadly this really is not the case.

The 22nd of July 2014 was when I was given my 'unofficial' cancer diagnosis. That is - it was very plain to see (at the least to the radiographers and consultant) that my boob was trying to kill me, but a biopsy was taken just to make sure. I left the clinic and the hospital that day with my life irreversibly altered forever. I left behind a piece of myself that day, which I have had to rebuild over the past year. My mother bundled me out of the hospital, back to my flat and then to her house. I regressed back to childhood over the next couple of days - all I wanted to do was cling to my mum and beg her to make it all go away.

I told very few people about my diagnosis before the official biopsy results were given two days later on the 24th of July. I think a very small part of me still held on to the hope that they were wrong, that the mass on the scan was just something simple and benign. Telling other people would have made it too real, too final. All my hope was dashed on my return to hospital on the 24th, when I was told that yes I did indeed have an invasive tumour in my right breast. This year on the 24th of July I intend to be on a train to Brighton to spend the weekend with some of my closest friends courtesy of the Willow Foundation - preferably half pissed.

The 24th of July 2014 saw the beginning of the complete whirlwind that is a cancer diagnosis and treatment. Since that day there has been:

There has been sleepless nights, bad dreams and tears. I've cried, I've sobbed, I've been utterly terrified. I've felt angry, frustrated and incredibly lonely. I've mourned the end of my life as I knew it. I've lost my hair, my eyebrows, my eyelashes and my identity. I've gained over a stone in weight. I've said goodbye to two close friends whose support and love helped me through the last year and who I still miss terribly.

But I've also laughed more than I thought possible. There has been times when I have surprisingly felt happier than I have for years. I have felt loved and cared for. I have met some amazing people and made some of my closest friends. I have reevaluated my life and learnt more about my own strength and character and what I am actually capable of than I ever have before.

So I've done it. I've reached the one year mark. I've joined that statistic of the 96% of women who survive one year after their diagnosis.

So how do I feel?

Physically and mentally, I get tired very easily. I have learnt that my ability to nap is unparallelled. The medication I take to try and prevent the cancer returning brings with it tough menopausal side effects including hot flushes, weight gain and insomnia. I still suffer with total mind fuzz, otherwise known as chemo brain, which again isn't helped by my medication. I get frustrated because I find it difficult to find the right words to describe something or I lose my train of thought half way through a sentence. I quite often feel like I am thinking through custard. I have to write everything down otherwise I will forget important details and dates. I keep three diaries - not because I have the social life of the Duchess of Cambridge, but because without noting down every meeting and arrangement as soon as I make it I will inevitably forget it. I also find it very difficult to concentrate and have a terrible habit of zoning out during meetings or conversations. I have the concentration span of a flea on speed.....

Of course, my body doesn't look like it once did. It is fatter and softer with the addition of several scars and one fake body part. My risk reducing mastectomy has been agreed, which means at least two additional surgeries, the first probably being at the beginning of next year.

Emotionally, it's very difficult to describe the maelstrom of feelings I am experiencing right now. I feel cheated and angry that this happened to me, but lucky I have made it this far. I feel guilty that I am here and that other beautiful, vibrant young women have been taken from their families and friends far too early. I feel blessed to have met some incredible people over the last year, and devastated to have lost some of them too. I feel grateful to have been given another chance, but confused as to how to use it to make a difference.

I look back at the events of the last year and it seems difficult to believe that it actually happened to me. But I also I feel completely overwhelmed with the reality of the situation. If let myself dwell on it for too long, it almost feels just too hard to face. For all the scares and scans that turn out fine, there is the chance that one day, it might not. There is the very real possibility that I could fall in to the statistic of those women who don't make it to their 5th or their 10th year. And there is no way of knowing whether this is going to be the case. It's the complete uncertainty that I find incredibly hard to deal with. Walking around feeling like you have a ticking time bomb inside of you that may implode any minute does not for a peaceful mind make. It is, quite frankly, utterly terrifying. Yes, none of us know how long we've got. But when you have started your own mortality directly in the face this takes on a whole new meaning.

But I can't let the fear control me. I have to take control of it. I have to grab it by the neck and shove it back to the back of my mind where it belongs. I need to honour those women who have been taken by this disease by seizing my second chance and making the most of it whilst I am able to. By enjoying life and squeezing out every last drop. A day spent worrying about your future, is a day you have lost from your present. As my wonderful friend, the late, great JoJo Gingerhead said: 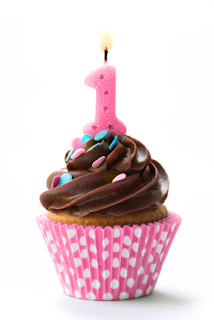 Blogging about having breast cancer at age 32. I swear a bit..... Twitter: @secretdiaryofcg